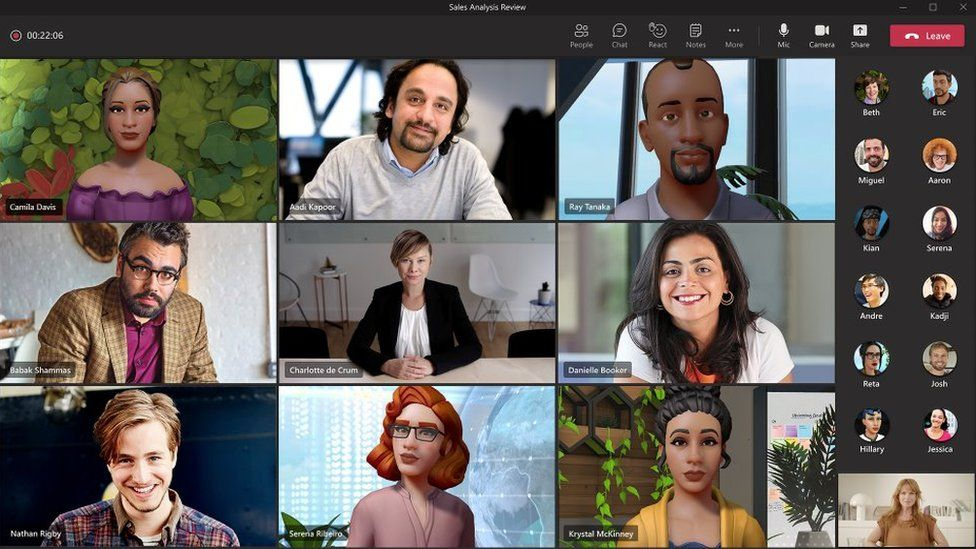 Do you inwardly (or outwardly) groan at the thought of yet another video call?

They’re now a normal part of our working lives, but it doesn’t make them any more exciting.

You’ll be able to design your own avatar, personalizing its appearance, accessories, and even choosing its reaction gestures.

According to Microsoft, it’s common for us to feel stressed and exhausted after spending a long time on camera. So using a virtual representation of yourself to reduce that stress is just one application for these new avatars.

Big tech is investing billions on developing the Metaverse – a 3D virtual world that mimics the real world. Within it you’ll find many of the things you’re already familiar with – shops, workplaces, and even social spaces. Some are predicting it will become ‘the new internet’ in the coming years.

It might seem wild to imagine a virtual world like this – but 20 years ago it was hard to imagine routinely having a mobile video calls with someone on the other side of the world.

Right now the new avatar feature is only available in the Teams preview build, but we’ll get a general release date soon.

Will you encourage your people to use personalized avatars in Teams? Want to find more ways to make work more fun for your team? We can help. Get in touch. Call at 1-866-237-8622 or schedule a time here.